Bahá’ís recognize Bahá’u’lláh as the most recent in a line of Messengers of God that includes Abraham, Moses, Krishna, Buddha, Zoroaster, Christ, Muhammad and the Bab.

here are a number of questions regarding some very difficult or sensitive issues that tend to be asked of each religion. Although the following list is not comprehensive, it does address some frequently asked questions.

We would like to encourage you not to take the answers out of context and urge you to further your investigation and contact the Memphis Community for additional information.

What is the Bahá’í Faith?

Founded a century and a half ago, the Bahá’í Faith is today among the fastest-growing of the world’s religions. With more than five million followers, who reside in virtually every nation on earth, it is the second-most widespread faith, surpassing every religion but Christianity in its geographic reach. Bahá’ís reside in more than 100,000 localities around the world, an expansion that reflects their dedication to the ideal of world citizenship.

What do Bahá’ís believe?

Bahá’ís believe that there is one God, that all humanity is one family, and that there is a fundamental unity underlying religion. They recognize that the coming of Bahá’u’lláh has opened the age for the establishment of world peace, when, as anticipated in the sacred scriptures of the past, all humanity will achieve its spiritual and social maturity, and live as one united family in a just, global society.

It is not for him to pride himself who loveth his country, but rather for him who loveth the whole world.  The earth is but one country and mankind its citizens.

Bahá’u’lláh is recognized by millions throughout the world as the Messenger of God for this age. The Bahá’í Faith is founded on His teachings. Born in 1817 to a prominent family in Iran, He showed from childhood an unusual intellectual precocity, although unschooled in the kind of learning prevalent in 19th century Iran; He demonstrated, too, a particular devotion to relief of the condition of the poor. His given name was Mírza Husayn ‘Alí, but He identified Himself as Bahá’u’lláh, which means “Glory of God,” a title by which He was addressed by His Forerunner, the Báb. Because of His teachings, He was banished into an exile, eventually lasting forty years, that took Him to the Holy Land. It was there that He passed away in 1892. 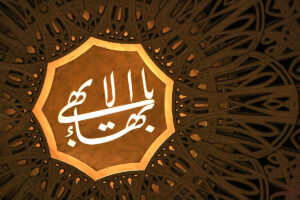 How does God reveal Himself to humanity?

Throughout history, God has revealed Himself through a succession of Divine Messengers, Whose teachings-moral, spiritual, and social-have renewed man’s relationship to God and provided the basis for the advancement of human society. Among them have been Abraham, Krishna, Zoroaster, Moses, Buddha, Jesus, Muhammad, the Báb, and Bahá’u’lláh, as well as other Teachers whose names have been lost or obscured over time. This succession reflects God’s plan for educating humanity, which will continue indefinitely. Bahá’u’lláh is the most recent Divine Messenger. 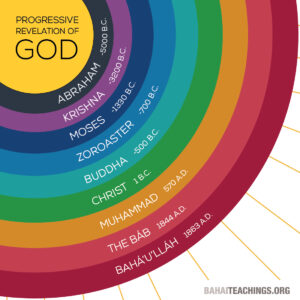 The Progressive Revelation of God

What is the purpose of religion?

Through Divine Messengers, God has revealed His laws and teachings for humanity in order that the individual soul can draw near to Him and society can advance spiritually and materially. Throughout history, the revelations of the Messengers of God have renewed religion so that humanity can come to understand its true purpose.

Is there just one true religion?

All world religions are in essence stages in the ongoing revelation of the one religion. They come from the same Source and have the same essential purpose-to guide and educate the human race. Their spiritual core is one, but they differ in their secondary aspects such as in their social teachings, which change in relation to humanity’s evolving requirements.

Do Bahá’ís believe in Heaven and Hell?

Do the Bahá’ís have a holy book?

The Most Holy Book of the Bahá’í Faith is the Kitáb-i-Aqdas, the book of laws written by Bahá’u’lláh. It is part of a large body of scriptures authored by Him. Comprising an estimated 100 volumes, these writings cover topics of a wide range, including laws and principles for personal conduct and the governance of society, as well as mystical writings dealing with the progress of the soul and its journey towards God. The many writings of the Báb and those of ‘Abdu’l-Bahá are also a sacred source of reference for Bahá’ís. Moreover, Bahá’ís recognize the Bible, the Qur’an, and the holy texts of the world’s other revealed religions. 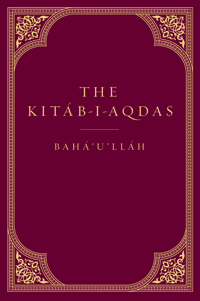 What are the Bahá’í Houses of Worship? Do Bahá’ís have places of worship?

Bahá’u’lláh called for temples of great beauty to be built eventually in every locality where Bahá’ís reside, each to be surrounded by institutions of social service. To date, seven have been built, at least one on each continent. While their architectural styles differ, they share certain features, such as nine entrances on nine sides, and are set in magnificent gardens (nine being the highest digit symbolizes completeness or unity). These temples are places for personal prayer and meditation, as well as collective worship, where sacred scriptures are recited and sung. 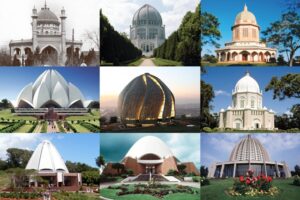 The Baha’i Houses of Worship

What are the laws in the Bahá’í Faith?

The Bahá’í teachings include laws and prescriptions for the spiritual and moral life of the individual and for the governance and development of society. The laws for one’s personal life include, among others, daily prayer, observance of a period of fasting, the education of children, abstention from partisan politics, and the obligation to engage in a trade or profession. Other moral and ethical principles include prohibitions against backbiting, extramarital sex, gambling, and the non-medical use of alcohol or drugs. Furthermore, Bahá’u’lláh delineated principles and institutions designed to set a pattern for the effective functioning of a unified society and the material well-being of the world’s peoples.

What is the purpose of life?

The purpose of human existence is fundamentally spiritual: to develop our spiritual and intellectual potentiality by coming to know and worship God and thus contribute to an ever advancing civilization.

How do Bahá’ís view the environmental crisis?

Bahá’ís see the environmental crisis as one of a number of issues requiring a profound change in human behavior. They believe that humanity is in a turbulent period of transition towards a unified global society. Humanity will be able to live in harmony with the natural environment when its spiritual and material potentials are given balanced attention. 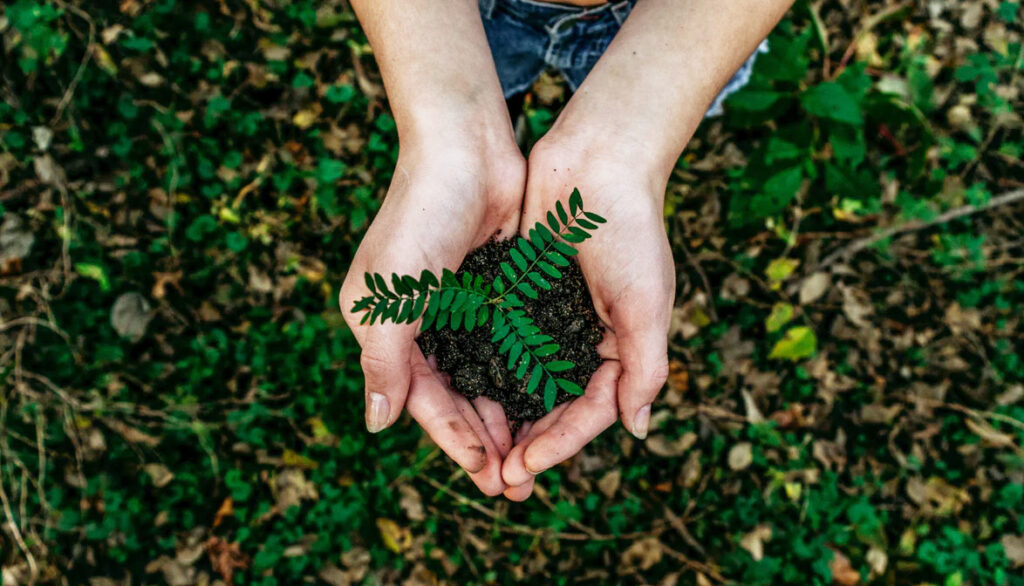 What is the Bahá’í attitude towards homosexuality?

Bahá’í law limits permissible sexual relations to those between a man and a woman in marriage. Believers are expected to abstain from sex outside matrimony. Bahá’ís do not, however, attempt to impose their moral standards on those who have not accepted the Revelation of Bahá’u’lláh. While requiring uprightness in all matters of morality, whether sexual or otherwise, the Bahá’í teachings also take account of human frailty and call for tolerance and understanding in regard to human failings. In this context, to regard homosexuals with prejudice would be contrary to the spirit of the Bahá’í teachings.

What is the source of problems in today’s world?

Bahá’ís see, in the accelerating turmoil unsettling every department of life, the operation of two simultaneous processes: namely, the death pangs of an old order no longer capable of meeting the requirements of present-day society and the birth pangs of a new order as indicated by the trend towards global cooperation-a trend gathering momentum from a flood of new knowledge and rapid advances in the fields of science, technology, and the arts, which have made of the world an accessible neighborhood. It is evident that a regenerating force is at work throughout the planet, but humanity as a whole has not yet recognized the reality of it as explained by Bahá’u’lláh. This lack of recognition prolongs, and delays the solutions for, the problems of our time.

What is the Bahá’í attitude towards science and technological progress?

Bahá’ís view science and religion as two complementary systems of knowledge, which throughout history have been the most powerful instruments for the investigation of reality and the advancement of civilization. Bahá’ís see the harmonious interaction of science and religion, each operating within its proper sphere, as one of the prerequisites for the establishment of a peaceful and just society.

There is no contradiction between true religion and science. When a religion is opposed to science it becomes mere superstition… The true principles of all religions are in conformity with the teachings of science.

Are there Bahá’í activities in which I can participate?

Bahá’ís have regular meetings for worship and social and educational activities for children, youth, and adults, open to all. Bahá’ís gather in study circles to explore in a participatory manner Bahá’u’lláh’s teachings. There are also activities for service, observances of Bahá’í holy days and other events to which all are welcome. Informal gatherings, sometimes referred to as “fireside meetings,” provide an open setting for asking questions and learning more about the Faith for oneself. 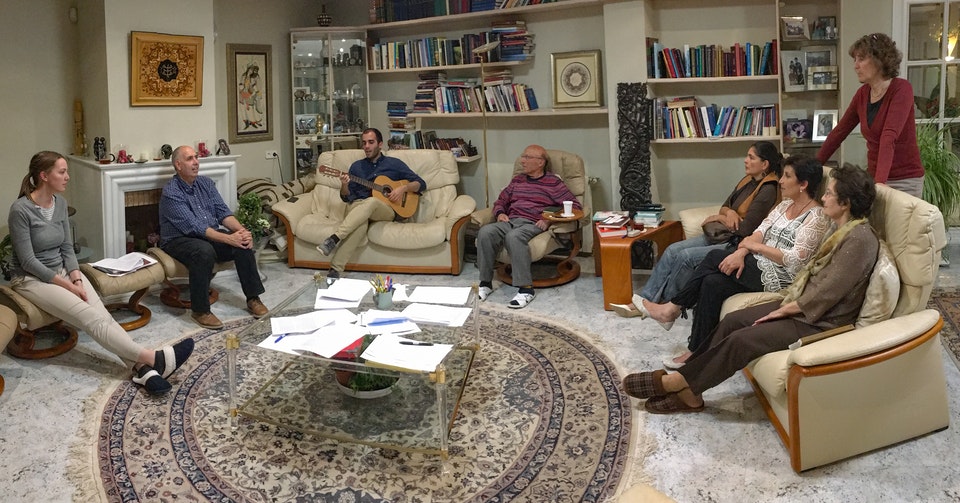 Where can you learn more about the Bahá’í Faith?

If you want to receive more information you can:

How do I become a Bahá’í?

A person becomes a Bahá’í by recognizing Bahá’u’lláh as the Messenger of God for this age and accepting to follow His laws and teachings and the administrative institutions He established for the unification of humankind. People enroll in a Bahá’í community by signifying such belief and commitment, orally or in writing, to the responsible Bahá’í institution.